Neither one of them wants him to be there, for different reasons, of course. But there’s the dog, so he is. He loves the dog, whatever that means, and can only worry the dog is forgetting his scent, the longer and longer he only shows up for walks a handful of mornings a week. But trying to think yourself into a dog’s head is a fool’s errand, and he knows it, while not being able to help it. After all it’s much better trying to figure how a canine processes divorce than trying to figure out his wife. Or maybe that’s wrong. Maybe that’s much easier. If a dog’s world view is – treat, treat, treat – maybe the abandoned wife’s world view is simple, too, if all the opposite of wanting – fuck you, fuck you, fuck you. There could be a side of how the hell did you in there, too.

And maybe that’s not so different from what the dog thinks, who does this weird thing, bringing a toy, happily catching it for three or four tosses, then seemingly forgetting the game he had asked to play, and just letting the toy – luckily always plush – bop off his wincing nose. This is what I wanted and why did you do this, the dog seems to say. Writing dialog for a dog is easy.

Now he simply hopes to get out of the house, what used to be his house, too, but she’s even changed the locks, as quickly as possible. The greyhound is usually ever eager to trot off, a convenient excuse to be on the run. And then walking Percy, things can be forgotten in that canter of his, a step as light as Fred Astaire’s. To be on the other end of the leash from that is as close as he gets to grace. But even that flash of ease never lasts long, as he can’t help but wonder if the neighbors, still waving hellos, have noticed his car isn’t there anymore. Perhaps there’s even hints of crying crossing over the fences.

“I’m not coming to walk Percy on Friday, or this weekend,” he says, learning to say no more. Funny how even now he can never quite come clean. All the reasons he’s not doing things with his soon-to-be-ex (and why isn’t there a word for that, like the Conrad classic “his intended” for things headed the other marital way? his About-to-Be-Abandoned?) means he’s doing something with the woman he left her to be with in the first place. And why does About-to-Be-Abandoned need to hear that? He doesn’t want to hurt her. Anymore. It doesn’t help anyone that he knows the ridiculousness of such meager, late-to-arrive mercy. Where was his conscience cavalry when Custer took that last marital stand.

She replies, “That’s good,” too quickly, followed by an even faster, too hearty laugh, something truly guttural, perhaps more a bark. It’s like one of those laughs they let the audience have in a horror film in the moments building up to the next victim’s off-ing, a tiny release so things can get even darker, to remind you humor isn’t enough of a defense. Even poor Percy won’t make it to the final reel, done in by bloat at age eight a few weeks before the divorce is final, but not one of them knows that yet, all there in the bright morning light of the kitchen thinking hurt can’t get worse. Percy might sense something, but it doesn’t stop the dog from asking treat, treat, treat. And it hits him what seemed a lovely rom-com has hardened into horror, and there’s About-to-Be-Abandoned as the Final Girl, everything she loved dead around her. 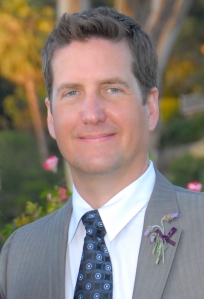 George Yatchisin lives, writes, and markets in Santa Barbara, CA with his wife, three dogs, five chickens, and two chinchillas. His work has been published in places like Alimentum, Antioch Review, Santa Barbara Independent, Quarterly West, and the Village Voice.