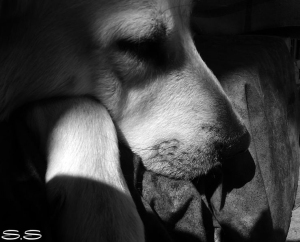 The evening neighbor Trim came to pay his respects to Dubby Meads’s survivors, he was freshly bathed and shaved, crewcut oiled and glistening. Even before he stepped into the house he started talking—slug slow and backwoods twangy, telling my brother and me what a fine fellow our father had always been in times flush and troubled.

“When Billy shot your dog, any other man in Shawboro would have held it against him and me,” Trim said, referring in the first instance to his son, in the second to Dubby. “But your daddy, your daddy didn’t hold it against us. I wanted to get you another dog but he wouldn’t hear of that either. Said: ‘Trim, your boy didn’t mean to kill the dog. Nobody’s holding him to blame.’”

If my father did say that, he fibbed. I held Billy responsible, as did my mother.

“Who shoots under a dark house when a dog’s in heat?” she asked when it happened, incredulous, incensed.

“That’s just the kind of man your daddy was,” Trim told Dubby’s two children on Dubby’s front steps, February 1985. “Never treated me or Billy any different. Never once.”

When grief combines with shock, a person can go through the motions required of her and still be in a fugue state. I was in a fugue state. I knew Trim was talking and I was hearing him talk on that unseasonably mild February night but for all intents and purposes I had succumbed to time warp, reverted to the kid I’d been, devastated by the death of a pet, not a parent, standing alongside my mother, facing neighbors Trim and Billy, come expressly to our front steps to apologize.

And Trim saying to Billy: “Go on, now. Say what you’ve come to say.”

And Billy saying: “I didn’t mean it. I’m sorry. I didn’t mean to hit your dog. I was just trying to run him off.”

And Trim saying: “Let me get you another one. Whatever kind of dog you want, you just name it and I’ll find one. Puppy or grown. You just tell me what you want.”

And my wanting my dead dog and only the dead, not an inadequate replacement, crying because I recognized the futility of that wish, all wanting aside.

And while I cried and leaned against my mother’s hip and Billy held his elbows and hung his head, Trim talked and talked, trying to make amends that couldn’t be made. That morning, startlingly so, the sky stayed blue and the grass stayed green despite my dead dog, just as on that winter night in 1985, the moon shone and the swamp sang without my father there to see or hear. 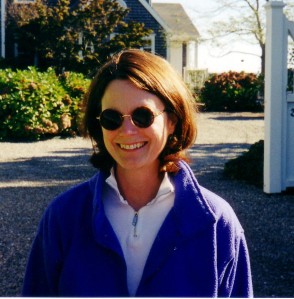 Kat Meads’s most recent book publication, 2:12 a.m.—essays shaped by insomnia— contains three Best American Essays Notables and the winner of Drunken Boat’s Editors’ Choice Award in nonfiction. (http://www.tamupress.com/product/212-am,7672.aspx). Her novel For You, Madam Lenin was a ForeWord Book of the Year finalist and received a Silver Medal, Historical Fiction (IPPY) from Independent Publishers.

One Response to “Essay”