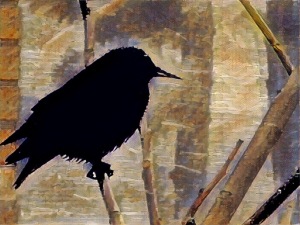 Annie Everything had inherited her store. Circumstance had caused her to inherit it. Also: she was a daughter of the ones who had built the place. (Maybe.) In any case, Annie now owned Everything on Gravity: a tiny, little boutique shop that people had been going to for years even if they didn’t realize that they had been going there. The store was there even if most of the people who went there didn’t realize it was. “A business is a business,” her father always used to say, “even if people don’t actually know that they’re doing business with it.” It was difficult to argue with his logic. (It was always difficult to argue with his logic.)

Annie Everything knew very little about Everything on Gravity when she had come into ownership of it. Honestly, she herself didn’t even realize that the place actually existed until she had been handed the key along with the rest of her inheritance. She always figured that it was some weird joke or metaphor or something whenever her father talked about it. When she first came ’round to look at the place, she realized that she too had been going there for years without even realizing it.

Annie Everything was in a bit of shock looking around at the place. It was all there. Everything. Pretty remarkable, considering it was only a little boutique shop that most people wouldn’t have been able to tell you about. It was strange to stand there on the threshold of the store, watching people check out before somewhat obliviously walking out the door and back onto Gravity Avenue to resume their lives. It was such a stark contrast to the rest of the world where it wasn’t always apparent when people weren’t totally aware of where they were.

Annie sighed, knowing that she had been at the store so many times before. Perhaps she had seen her father there a million times growing up but had been far too busy not knowing that she was even at the shop to even notice her father standing there and owning the place, the way an owner presumably did. Annie tried to wrap her mind around the store, to figure out what someone who owned a place like that did.

What did an owner of any kind of business do? Manage it perhaps and make sure that it was able to remain stable and provide whatever it provided while maintaining enough of a revenue to maintain itself. Pretty simple stuff. But Everything on Gravity…really didn’t need any kind of managing…at least…not that. Annie Everything couldn’t seem to figure out at that particular moment. She wasn’t sure, though. She didn’t know exactly what it was that she was in possession of. If she knew exactly what she owned in owning Everything on Gravity she would have a much better understanding of what it was that she was supposed to be doing with it all.

Maybe Annie’s problem was that simple: work out what it was that she owned and then figure out from there precisely what it was that she needed to do in to keep it running. She had shuffled her way into the owner’s suite in the back offices of Everything on Gravity. And she had consulted with basic papers and things that she felt she needed to consult with, but she couldn’t seem to understand any of it. The sum total of every single document in the office was a big question mark for Annie (and she had an MBA.) It was all a jumble of accounts and things that didn’t seem to make much sense and yet there it all was: the lifeblood of Everything on Gravity in black and white in clearly understandable numbers that seemed to go on forever in every direction. Lay all that paperwork end to end and it would reach the edge of the galaxy and back. If Annie was to understand what she had come to own, she was going to have to work it out on a more concrete level. And so she went outside the office to examine the property.

Of course, merely glancing around the aisles of the store wasn’t really going to do much for her if she didn’t exactly understand the whole of the property. So she went outside the shop to have a look around. The building itself occupied a cozy little city block. No major issues or concerns there. It had a firm, fixed address. There was a back entrance for deliveries. There were windows and window displays and such. There were a few entrances and a few exits that were accessible to those people who shopped at the store whether or not they knew what they were doing when they went in.

Walking back inside the store, though and Annie could walk around for hours and never reach the back wall of the place. It just kept sprawling out within itself until Annie reached an entrance that seemed to be an exit into a place beyond Gravity that seemed to be stretching right back to her home. And Annie owned it all because she owned Everything on Gravity. There might well have been things that she could have done, but Annie didn’t know what to do about anything that she might be able to do with everything, so she tried not to think about it at all…preferring to spend her time there on Gravity Avenue, helping people out as the  entered and exited a place that they wouldn’t even know that they had ever been in. It was a place that Annie had come to own, but not an ownership she really knew what to do about. So she rested and let it all happen. She rested and let the place be owned by her as she felt so very, very owned by it. 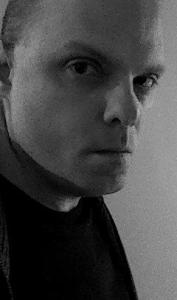 Russ Bickerstaff is a professional theatre critic and aspiring author living in Milwaukee, Wisconsin, with his wife and two daughters. His short fictions have appeared in over 30 different publications including Hypertext Magazine, Pulp Metal Magazine, Sein und Werden, and Theme of Absence.